Dan Chaon in conversation with Doug Dorst | Tuesday, May 31st at 7PM

Author Dan Chaon discusses Sleepwalk, his latest novel, a high speed and darkly comic road trip through a near future America with a big hearted mercenary. A darkly comic shaggy chase novel full of suspense and adventure, Sleepwalk evokes elements of Murakami and the Coen Brothers, Denis Johnson and Chloe Zhao’s Nomadland, and the precarious potboilers of Chandler’s Philip Marlowe into a genre-bending page-turner all its own.

Chaon will be in conversation with author Doug Dorst, and will sign books after the event.

ABOUT DAN CHAON: Dan Chaon is the author of six previous books, including Ill Will, a national bestseller, named one of the ten best books of 2017 by Publishers Weekly. Other works include the short story collection Stay Awake (2012), a finalist for the Story Prize; the national bestseller Await Your Reply; and Among the Missing, a finalist for the National Book Award. Chaon’s fiction has appeared in the Best American Short Stories, the Pushcart Prize Anthologies, and the O. Henry Collection. He has been a finalist for the National Magazine Award in Fiction and the Shirley Jackson Award, and he was the recipient of an Academy Award in Literature from the American Academy of Arts and Letters. Chaon lives in Cleveland.

ABOUT DOUG DORST: Doug Dorst is the author of two novels, S. (a collaboration with J.J. Abrams) and Alive in Necropolis, and a story collection, The Surf Guru. He directs the MFA Program in Creative Writing at Texas State University. The 1619 Project: Who Is Afraid of Black Books?

Join the Library Foundation and the PEN America Austin Chapter for the next atCentral program, a free speech-centered discussion featuring two contributors to The 1619 Project: acclaimed author ZZ Packer and award-winning poet Danez Smith. Moderated by Jennifer M. Wilks, associate professor of English and director of the John L. Warfield Center for African and African American Studies at the University of Texas, this conversation will reflect on the recent book bans and the power of literature to spur important cultural conversations.

The 1619 Project was originally published as an issue of The New York Times Magazine, and now expanded into a book of essays, fiction, and poetry, with contributions from dozens of writers, including Packer and Smith. The project focuses on the impact that slavery has had on every part of American history and contemporary American society.

In April of 2022, PEN America released its Banned in the USA report detailing the rash of book bans that have taken over state legislatures and school districts. The state of Texas alone has initiated 713 bans in 16 districts. The 1619 Project, and books related to race, have been particularly vilified. These Texas book bans follow a national-wide trend of targeting books by communities that have long fought for a place on the shelves — primarily authors of color and LGBTQ+ authors.

The guests will read from their work and then discuss their writing, The 1619 Project, and the importance of free speech in our current climate of book bans.

ABOUT DANEZ SMITH: Danez Smith is a Black, Queer, Poz writer & performer from St. Paul, MN. Danez is the author of “Homie” (Graywolf Press, 2020), "Don’t Call Us Dead" (Graywolf Press, 2017), winner of the Forward Prize for Best Collection, the Midwest Booksellers Choice Award, and a finalist for the National Book Award, and "[insert] boy" (YesYes Books, 2014), winner of the Kate Tufts Discovery Award and the Lambda Literary Award for Gay Poetry. They are the recipient of fellowships from the Poetry Foundation, the McKnight Foundation, the Montalvo Arts Center, Cave Canem, and the National Endowment for the Arts. Danez's work has been featured widely including on Buzzfeed, The New York Times, PBS NewsHour, Best American Poetry, Poetry Magazine, and on the Late Show with Stephen Colbert. Danez has been featured as part of Forbes’ annual 30 Under 30 list and is the winner of a Pushcart Prize. They are a member of the Dark Noise Collective and is the co-host of VS with Franny Choi, a podcast sponsored by the Poetry Foundation and Postloudness.

ABOUT JENNIFER M. WILKS: Jennifer M. Wilks is an associate professor of English, African and African Diaspora Studies, and Comparative Literature at the University of Texas at Austin, where she serves as Director of the John L. Warfield Center for African and African American Studies. Her research projects include a cultural history of Carmen adaptations set in African diasporic contexts and a study of representations of race and apocalypse in contemporary American and European culture. An award-winning teacher, Wilks is a member of the inaugural Texas 10, the Texas Exes’ annual recognition of top UT Austin professors, and a recipient of the Harry Ransom Award for Teaching Excellence. Wilks serves on the boards of the Texas Book Festival and Austin Opera. Austin author Sarah Bird launches her new book, Last Dance on the Starlight Pier, a sweeping novel that brings to life the enthralling worlds of both dance marathons and the family-run empire of vice that was Galveston in the Thirties. Bird will read from Last Dance on the Starlight Pier and discuss the book and its themes. Bird will sign books following the program. Books will be available for purchase thanks to BookPeople.
This event is free and open to all.

Update: The COVID policy has changed according to city guidelines. There are no longer any vaccine or mask requirements, though masks remain encouraged.

ABOUT SARAH BIRD: Sarah is the author of 11 novels. Her latest, Last Dance on the Starlight Pier, will be published by St. Martin’s Press in April 2022. In addition to her novels, she has written screenplays for television and magazine articles for national magazines, including The New York Times Magazine, Texas Monthly and the Chicago Tribune. During her 10-year screenwriting career, she worked for Paramount, CBS, Warner Brothers, National Geographic, ABC and TNT, as well as several independent producers. In 2015, she was selected for the Meryl Streep/Oprah Winfrey Screenwriters’ Lab. Sarah and her husband, George Jones, live in Austin, Texas, with their son and, arguably, the cutest corgi in the world. In this candid and curious essay collection, Jonathan takes a thoughtful, in-depth look at timely topics through the lens of his own personal experience—instances that have required him to learn, grow, and back handspring layout to a better understanding of the world around him. He dives deeply and widely—from a poignant reflection on grief and embracing body neutrality to an examination of the HIV safety net and white privilege—to share the ways in which he has learned to embrace change. These stories speak to doing the work to challenge internalized beliefs, finding compassion and confidence, and learning more about what makes us all so messy and gorgeous.

Van Ness will read from and discuss the book, and then sign books following the program. Books will be available for purchase thanks to BookPeople.

This event is free and open to all, but requires a ticket on Eventbrite due to limited seating capacity.

Update: The COVID policy has changed according to city guidelines. There are no longer any vaccine or mask requirements, though masks remain encouraged.

ABOUT JONATHAN VAN NESS: A hairstylist by trade turned personality, writer, comedian, and entertainer by life. Jonathan is seeking to celebrate authenticity and uniqueness within the beauty and entertainment industry as an HIV+ nonbinary truth teller, Jonathan is determined to make this world a better, more equatable yet funnier place. As a true multi-hyphenate, Jonathan Van Ness is doing the most with his time by performing his sold-out stand up comedy on tour, being an award-winning television personality, starting a sustainable haircare brand, being a New York Times best-selling author, practicing his gymnastics & figure skating skills, and having a podcast. There’s also the garden, chickens, cats, and dogs that he takes care of with his husband Mark, whom he married in 2020. Don’t let Jonathan near an adoption center, because he will leave with another cat (or two). Geoff Dyer (in conversation with Stephen Harrigan) | Wednesday, May 11th at 7PM

Geoff Dyer, author of The Last Days of Roger Federer, discusses his new book with author Stephen Harrigan. In this ingeniously structured meditation, Geoff Dyer sets his own encounter with late middle age against the last days and last works of writers, painters, musicians, and sports stars. The Last Days of Roger Federer is a summation of Dyer’s passions, and the perfect introduction to his sly and joyous work.
Dyer will sign books after the event. This event is free and open to all.

ABOUT GEOFF DYER: Geoff Dyer is the award-winning author of many books, including Out of Sheer Rage, Yoga for People Who Can’t Be Bothered to Do It, Zona, See / Saw, and the essay collection Otherwise Known as the Human Condition (winner of a National Book Critics Circle Award for criticism). A fellow of the Royal Society of Literature and a member of the American Academy of Arts and Sciences, Dyer lives in Los Angeles, where he is writer-in-residence at the University of Southern California. His books have been translated into twenty-four languages.

ABOUT STEPHEN HARRIGAN: Stephen Harrigan is the author of twelve books of fiction and non-fiction, including the bestselling novel The Gates of the Alamo and Remember Ben Clayton. His most recent novel, The Leopard is Loose, was released in January. Harrigan is a writer-at-large and long-time contributor to Texas Monthly. He is also a screenwriter who has written many movies for television. Harrigan has received lifetime achievement awards from the Texas Institute of Letters and the Texas Book Festival and was presented in 2019 with the Texas Medal of Arts. 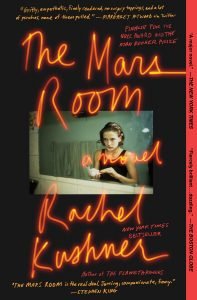 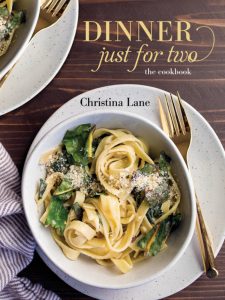 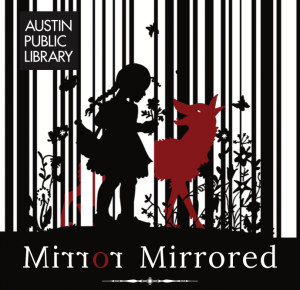 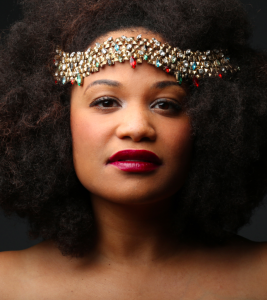 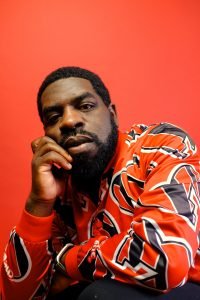 Launched with the Central Library's opening on October 28, 2017, atCentral has featured an accomplished assortment of authors, musicians, artist, filmmakers, and foodies. Previous programs have featured:

atCentral is made possible by the generous support of ...

To become a supporter or sponsor of atCentral, contact Tim Staley at tstaley@austinlibrary.org.